Tim Cook was probed about the potential of Apple breaking into the car industry at his appearance at the WSJD Live conference in California. Whilst he didn’t comment directly on creating their own vehicle he did say that “It would seem like there will be massive change in that industry, massive change”. Tim Cook also had this to say:

“When I look at the automobile, what I see is that software becomes an increasingly important part of the car of the future. You see that autonomous driving becomes much more important.” 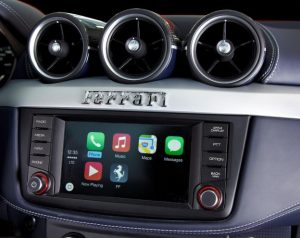 These comments are not the only things you can go on with regards to Apple braking in to the automotive market, they have also already developed there own in-car display that is already being adopted by some manufacturers. Apple have also headhunted some of the big names in the the area of automated driving including Megan McClain and Vinay Palakkode. If the likes of apple get involved with the level of innovation that comes with them every aspect of the industry will change, for the big wigs in Volkswagen head office to the mechanics in your local MOT and Service garage in Wortley.

Forums are rife with speculation about whether or not Apple will go down the route of google and develop their own Autonomous car in an attempt to revolutionize driving. Many people are however not very optimistic, siting their troubles with iPhones and iPads etc as reason why they expect an iCar would be a waste of money. Having said that, one person I know who has rubbished the idea drives a Fiat Qubo, so i wouldn’t trust his position too much.