Bentley Motors Limited is a British car manufacturer that was founded in 1919 by W.O. Bentley. The company changed hands several times and was eventually bought by Rolls-Royce. Rolls-Royce produced the cars that were acquired solely under the Rolls-Royce and Rolls-Royce Motors name.

Bentleys have always been admired for being high-performance cars and have been portrayed in various movies through the years. The car’s glamorous looks are very appealing both on screen and off.

In more recent years Bentley models include a more diverse line of cars, but the cars still uphold the true Bentley virtues of build quality, performance and style. These qualities are evident in the Bentley Arnage, Azure and Continental models. 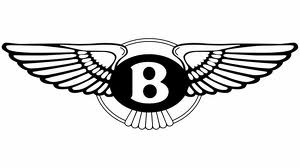 The Bentley Arnage is a luxury, four-door sedan that was introduced in 1998 by the Volkswagen Company. The Arnage was the first fresh, new design to be introduced by Bentley since 1980. The car had received a new engine to go along with its new look. It was not the same familiar 6.75-litre V8 that had been used since the 1950s. Instead, the new Arnage received a V8 from BMW. Volkswagen didn’t like relying on BMW for the car’s engine, so in 1999 Volkswagen introduced the Arnage Red Label. Volkswagen decided to return to the original 6.75-litre Rolls-Royce engine produced by Cosworth and then Volkswagen purchased Cosworth. Production of the Arnage began in 1998 and continues to date.

Bentley’s have maintained high levels of performance and build quality through the years. Bentley’s are often portrayed in music videos due to their glamorous looks and wide-spread appeal.